Ute saved from exploding on Freeway by Kev 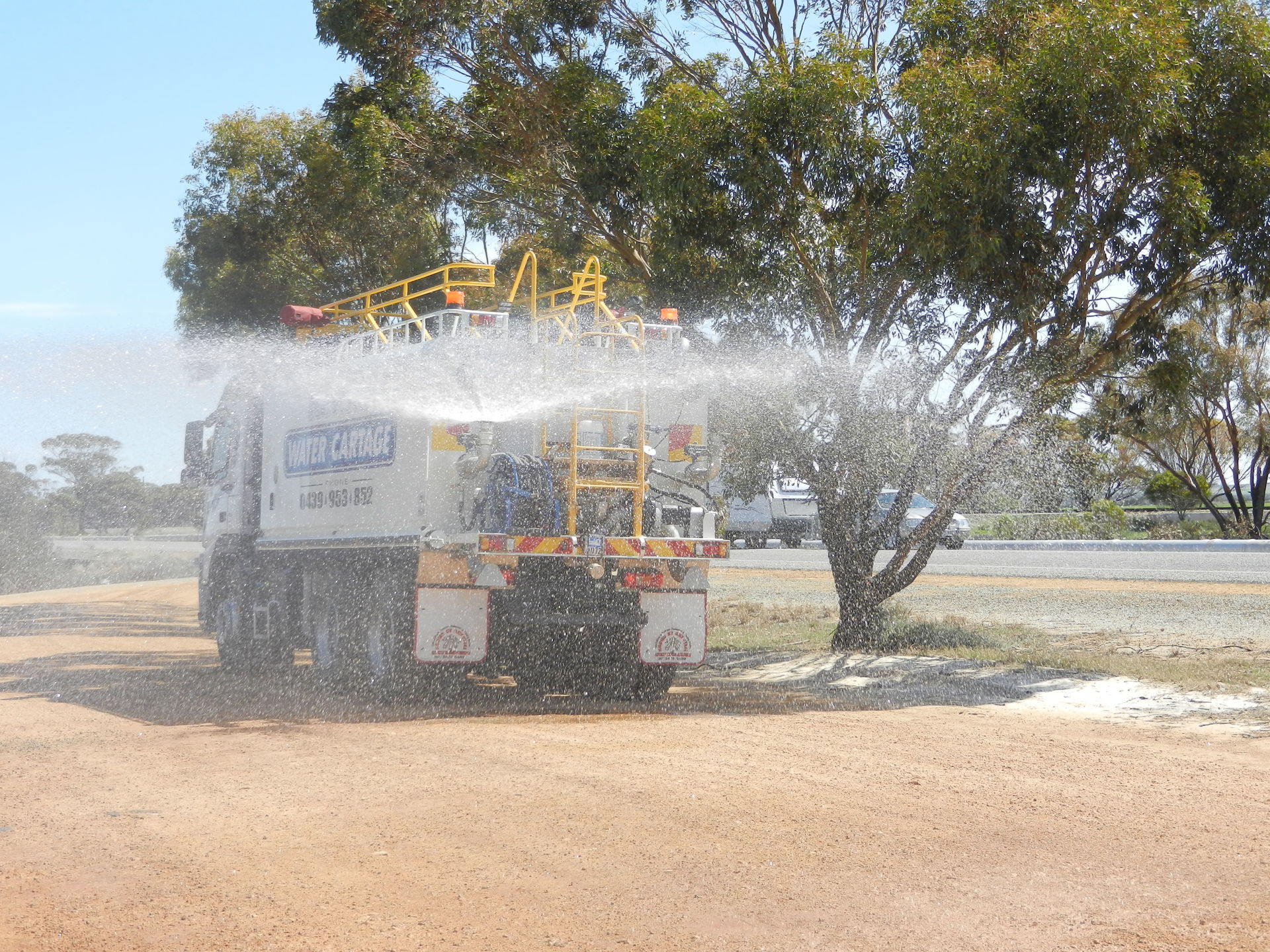 The burning ute in emergency lane on Kwinana Fwy looked about to explode this morning then along came Kev in his watercart to save the day.

Demonstration of the water flow – Not actual footage of the emergency

Kevin O’Connor was travelling along Kwinana Freeway in his watercart this morning between the Mill Point Road and Canning Highway offramps when he spots 2 men trying in vain to put out the fire in a ute. Kev assessed the situation slowed his vehicle and called to the men to step aside. He gave the ute the full force of the sidespray and extinguished the fire as the ute was about to explode.

Some of our valued clients

Want to know more?
Get in touch with us today!